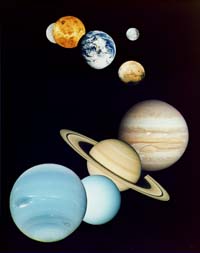 The modern media and skeptics, atheists, and evolutionsts are often biased against creation, Jesus, the Bible, and the gospel of Christ. This is illustrated by an incident involving Richard Dawkins.

Richard Dawkins is a widely known atheist and evolutionary biologist. His study of evolution, The Selfish Gene, was named the most influential science book of all time by the Royal Society.

In 2017 he was scheduled for an interview on radio station KPFA in Berkeley, California. But the station canceled his interview because they said his harsh religious criticisms “offended and hurt … so many people.”

Some observations we may consider:

Antagonism of Atheists and Evolutionists against God and the Bible

Note some things Dawkins has said:

“Accounts of Jesus’s resurrection and ascension are about as well-documented as Jack and the Beanstalk.”

And, “It is absolutely safe to say that if you meet somebody who claims not to believe in evolution, that person is ignorant, stupid or insane (or wicked, but I’d rather not consider that).”

Not all atheists or evolutionists would be so harsh in opposing God, the Bible, creation, and Jesus’ resurrection. But the fact that Dawkins is so widely respected demonstrates that many people agree with him. And his views are representative of a growing number of Americans.

Our Lord predicted we would be treated harshly by unbelievers.

Matthew 5:10,12 – Blessed are you when they revile and persecute you, and say all kinds of evil against you falsely for My sake. Rejoice and be exceedingly glad, for great is your reward in heaven, for so they persecuted the prophets who were before you.

Acts 14:22 – We must through many tribulations enter the kingdom of God.

2 Timothy 3:12 – Yes, and all who desire to live godly in Christ Jesus will suffer persecution.

So when atheists and other unbelievers make statements like those of Dawkins, rather than being discouraged, we should realize that they are really proving how correct our Master was. He repeatedly predicted they would treat us exactly this way.

Liberal Bias of Our Modern Media

KPFA explained they cancelled because Dawkins had offended and hurt so many religious people. But the cancellation had nothing to do with the offensive, hurtful things he said about the Bible, creation, and Jesus Christ.

Instead they said he had offended so many people “in his tweets and other comments on Islam.” They said they been contacted by activists who had described Dawkins as “a very well-known Islamophobe” who had vilified Muslims.

Why is it OK to say terrible things about the religion of Jesus but awful to offend Muslims?

Even Dawkins observed: “I am known as a frequent critic of Christianity and have never been de-platformed for that. Why do you give Islam a free pass? Why is it fine to criticise Christianity but not Islam?”

Dawkins’ statements are surely offensive. But just as offensive is the fact that many in our modern media don’t blink an eye when people say offensive things about the Bible or Jesus. But if anyone respectfully speaks against Islam, homosexuality, or transgenderism, the media goes bonkers! The double standard and hypocrisy of most modern media is disgusting.

Again, the Bible warns us we should expect this.

John 16:33 – These things I have spoken to you, that in Me you may have peace. In the world you will have tribulation; but be of good cheer, I have overcome the world.

1 Peter 4:16 – Yet if anyone suffers as a Christian, let him not be ashamed, but let him glorify God in this matter.

You need to be a follower of Jesus so you can please God and have the hope of eternal life. But understand that every Christian should be willing to suffer for the cause of Christ even as Christ suffered for us.