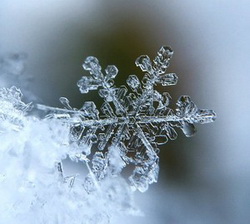 A sign in Glacier National Park predicted that global warming would destroy the glaciers. In contrast, the Bible is proved to be true by accurate prophecy.

As recently as September, 2017, a sign at Glacier National Park said: “Computer models indicate the glaciers will all be gone by the year 2020.” By 2019 the glaciers still existed with little indication that they would disappear anytime soon, so the signs had to be revised. (https://www.icr.org/article/11860; James Johnson, 3/31/2020)

Deuteronomy 18:21,22 – … when a prophet speaks in the name of the Lord, if the thing does not happen or come to pass, that is the thing which the Lord has not spoken; the prophet has spoken it presumptuously; you shall not be afraid of him.

No one claimed that the sign at Glacier National Park had been revealed from God. But we can be sure that whoever wrote it was not guided by God because it did not come true. Consider, however, some prophecies that have claimed to be from God.

* Jean Dixon predicted that Russia would put the first man on the moon and World War III would begin in 1958. (Halbrook, 1974 Florida College lectures; O’Neal, Searching the Scriptures, 6/78)

* Joseph Smith, Jr., founder of the Church of Jesus Christ of Latter Day Saints (the Mormons) predicted that several Mormon apostles (alive in 1830s) would live to see Jesus’ return and that the American Civil War would be a "full end of all nations."

* Faith healer Robert Tilton sent a letter to Tom Crowley requesting a donation, saying: “God spoke to me this morning specifically about you, Tom, and He’s going to heal you.” When the letter was written, Tom Crowley had been dead for five months! (via Greg Gwin, West Knoxville bulletin)

* Mohammed once predicted there would be 73 sects of Islam, of which only one would survive. But Moslems admit there have been far more than 73. And today many sects, not just one, still survive. (Encyclopedia Britannica, XII-711)

These people claimed God was guiding them, but their predictions were as wrong as the sign at Glacier National Park. According to the Bible, we can be sure these people were not from God.

God promised that Abraham’s descendants would become a great nation and would receive the land of Canaan. Despite the denials of some, Joshua 21:43-45 says God gave Israel all the land He promised to their fathers. God’s prediction of the future came true!

Matthew 20:18,19 – Jesus said He would be betrayed to the Jewish leaders but would be killed by the Gentiles (Romans). They would scourge Him and crucify Him, but He would rise again the third day.

1 Corinthians 15:1-8 – Many witnesses testified that Jesus was raised from the dead.

Daniel 2:31-45 – Daniel by inspiration predicted that God would establish His kingdom during the period of the Roman Empire.

Mark 9:1 – Jesus predicted that people in His day would not die till they saw it come.

Acts 2:30-36 – On the day of Pentecost, Peter explained that Jesus was then reigning on the throne of David at the right hand of God.

Colossians 1:13,14 - Paul and the Colossian Christians were in the kingdom.

Despite modern denials, God’s promise of the kingdom came true. It is a spiritual kingdom, the church, and everyone can become citizens in that kingdom by obeying the gospel in faith.

2 Corinthians 5:10 – The Scriptures now predict that Jesus will come again and will judge each one of us according to our lives. We can be sure this will come true because all other Biblical prophecies came true. Are you ready for Jesus to return and judge your life and declare your eternal reward?